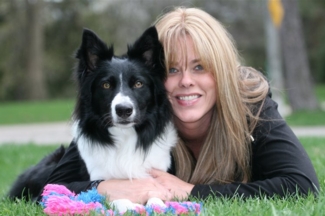 Janet has been interested in animals most of her life. Growing up her family had several dogs which helped create her desire to go on to get her degree in veterinary technology. She has worked in the veterinary field for over two decades and is now pursuing her passion for dog training and grooming.

Janet has been involved in agility since 1995 when she started with her first dog, a mix breed named Scooby. Since then she has trained many other dogs and put multiple titles on them. She has competed in several different organizations that include USDAA, AKC and NADAC where she competed at the National Championships and placed in the top 3 four years in a row with her Border Collie Mariah. Janet has also trained and ran with a local flyball team for over 15 years. Currently she shares her home with 5 dogs, 3 Border Collies and 2 Border Collie/Jack Russell mixes.